The year 2013 marks the 25th anniversary of the Automated Method for islet isolation. The dissociation chamber at the core of the Automated Method was developed by Dr. Camillo Ricordi in 1988 to enhance the disassembling of the pancreatic tissue via a combined enzymatic and mechanical digestion while preserving endocrine cell cluster integrity. This method has ever since become the gold standard for human and large animal pancreas processing, contributing to the success and increasing number of clinical trials of islet transplantation worldwide. Herein we offer an attempt to a comprehensive, yet unavoidably incomplete, historical review of the progress in the field of islet cell transplantation to restore beta-cell function in patients with diabetes. 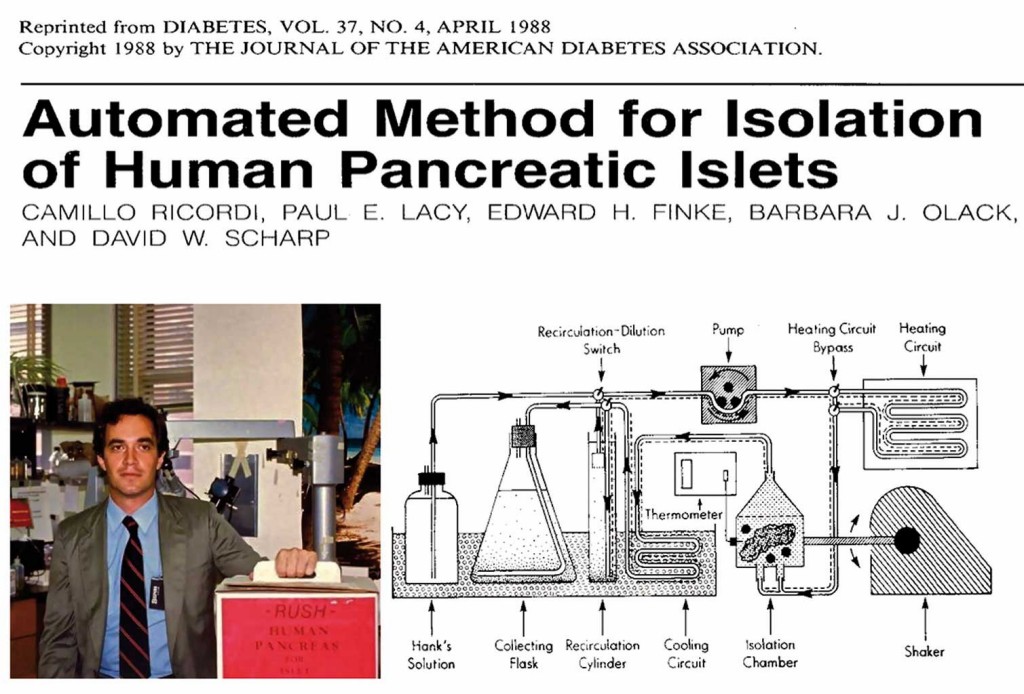 The headings of the manuscript describing the Automated Method and a picture of Dr. Ricordi with one of the first human pancreas shipments from NDRI that was processed in Saint Luis. 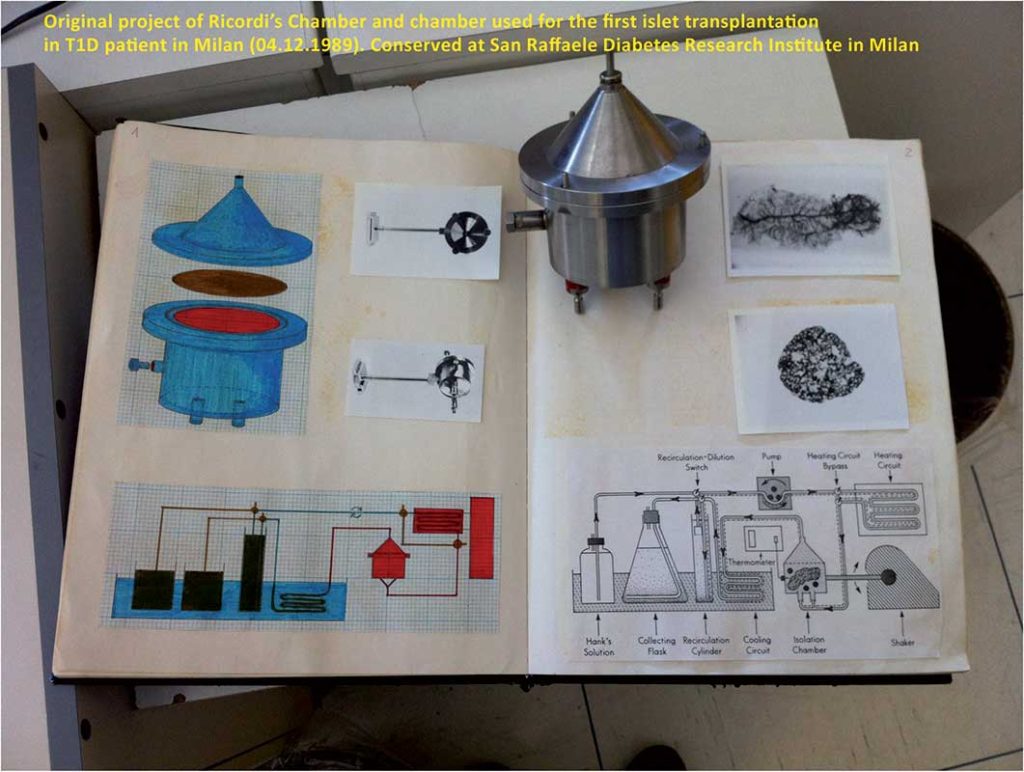 Figure 2. One of the initial prototypes of the stainless steel Dissociation Chamber and Dr. Ricordi’s Laboratory Notebook describing the concept and drafts of the Automated Method for islet isolation. Photo by L. Piemonti (Milan, 3rd March 2013). 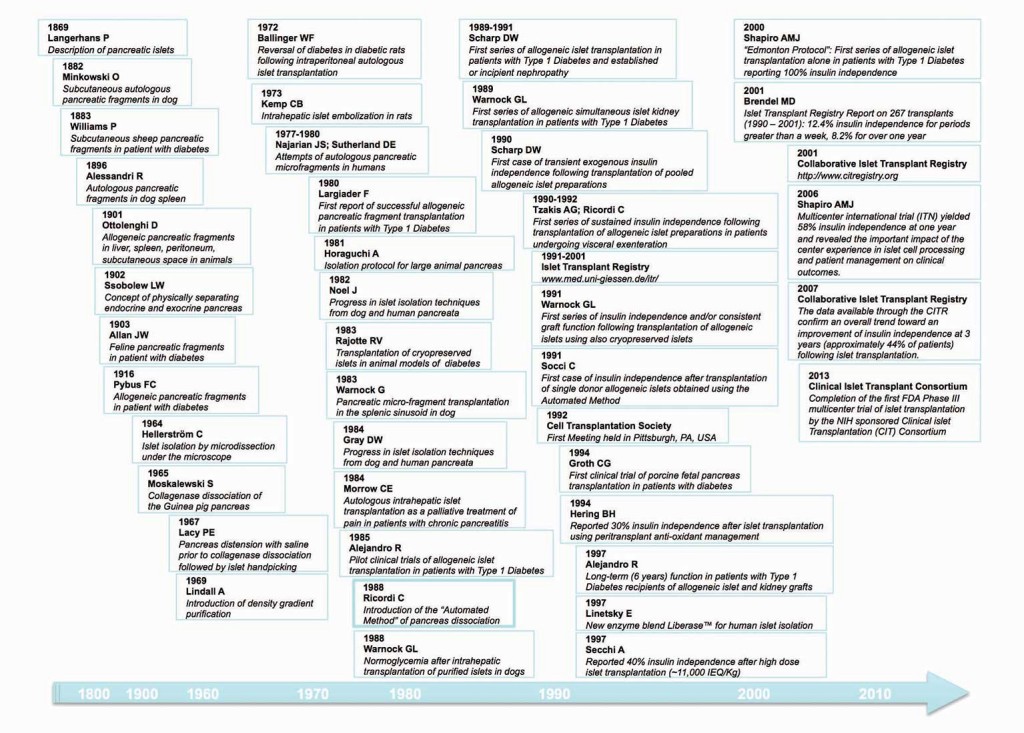 Preservation of beta-cell function is reproducibly currently attained in recipients of islet autografts, a therapeutic option that should be considered for individuals undergoing total pancreatectomy for non-malignant conditions and as recently reported also for malignant condition 226. Restoration of beta-cell function can be obtained by transplantation of allogeneic islets in both nonuremic (ITA) and uremic (SIK and IAK) subjects with diabetes, allowing for long-term sustained function and associating with improved metabolic control even when required exogenous insulin (i.e., suboptimal islet mass transplanted or development of graft dysfunction). The introduction of Ricordi’s Automated Method twenty-five years ago has definitely given a remarkable impulse to the field, contributing to the expansion of the number of transplants performed worldwide since the early 1990’s. Islet transplantation has been approved as a reimbursable procedure in several Countries, including Australia, Canada (selected provinces), France, Italy, Switzerland, the National Institute for Health and Clinical Excellence in the United Kingdom, Sweden and the Nordic Network. In the U.S.A., autologous islet transplantation is currently reimbursed. The completion of registration trials by the Clinical Islet Transplant consortium (CIT-06 and CIT-07) will likely lead to biological licensure by the U.S. Food and Drug Administration shortly. This is an important step, as islet transplant activity in the United States has been severely restricted by limited access to research funds, with the exception of a joint Medicaid/Medicare initiative that is currently supporting the islet-after-kidney trial (CIT-06).
We are currently experiencing an exciting stage of innovation and renewed promise for cellular-based therapies to restore beta-cell function. Novel extra-hepatic transplant sites and tissue engineering approaches are being explored which may allow for improved engraftment and sustained function with cadaveric human, xenogeneic or stem-cell derived islet cells in the near future. It has been and still is an exceptional journey!