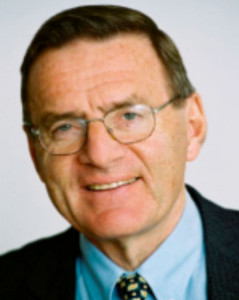 Carl-Gustav many accomplishments are eloquently outlined in the links below, from his pioneering work in both organ and cellular transplantation, to his remarkable list of honors, such as being nominated Chairperson of the Nobel Assembly in Stockholm:

On a personal note, I can count on the fingers of one hand the men who had the greatest impact on my professional life, and Dr. Carl-Gustav Groth was second to none.

I am honored to have had the privilege of getting to know him well. Without Carl-Gustav, I might still be in Italy and the history of Islet Cell Transplantation and The Cell Transplant Society may have been different. In fact, when Dr. Thomas E. Starzl asked him who should be recruited to head the islet cell transplant program at the Pittsburgh Transplant Institute, it was Carl-Gustav who compiled with David E. Sutherland a list of ten names, and I was fortunate enough to be at the top of that list.

I have many fond memories of Carl-Gustav, including when he was President of The Transplantation Society and called me in Miami to ask if I would accept the challenge to organize the 2002 World Congress of The Transplantation Society, after a critical situation unfolded in the initially designated Country. He then told me what the challenge was: “you have six months time and you are going to assume over $1 Million budget deficit, which you’ll have to reverse by the end of the congress, should you accept this mission”.

It reminded me of when Dr. Thomas E. Starzl called me in Milan, after receiving Carl-Gustav’s list of nominees, and gave me 24 hours to decide and one week to move to Pittsburgh, should I have accepted his offer to head the Clinical Islet Cell Transplant program there, in a recuiting move that was subsequently reported as “ … simply ordering the defenseless man to leave Milan for Pittsburgh” (The Billion Dollar Molecule: The Quest for the Perfect Drug. Barry Werth; Simon & Shuster Publisher).

For leaders in the transplant field, like Carl-Gustav, who have relentlessly spent their professional lives in the trenches separating life and death, to serve and often save thousands of patients, the words “wait” and “delay”, have never been an option.

Thank you for the memories, your friendship, guidance and support over these decades. You will always be with us, my friend and inspiring mentor. 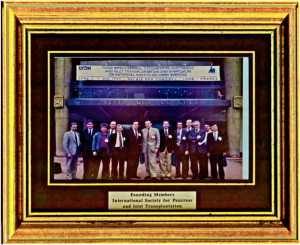 Ricordi C.
You Will Always Be With Us, Carl-Gustav